I live in Boston, Massachusetts, part of a larger metropolitan area that is home to over eight universities, including Harvard, MIT, Boston University, Boston College, Tufts, Northeastern, Brandeis, and University of Massachusetts – Boston. Despite the plethora of academic types and abundance of obscure course titles (i.e. “Alien Worlds” – yes a real course offered at Boston University), I haven’t found a school yet that offers a Masters in Affordable Housing. (And yes, I have looked).

Yet, with my inherent Tiger Mother DNA and the endless enthusiasm of my mad-scientist boss, David Smith, my colleagues and I have been stealthily crafting our own unofficial Master’s in Affordable Housing. 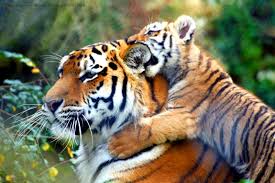 After much anticipation—I know you were anticipating it—I am ready to unveil the curriculum.

Ed Marchant, an enthusiastic practitioner (read: actually worked in the field!) and real estate teacher extraordinaire, is a wonderful person to introduce you to the world of real estate development, and really, aren’t we all in need of such a person? In Marchant’s class, which is offered in the fall, you’ll build your own pro formas, calculate IRRs and NPVs, and understand how discount rates impact your returns. The class is a mix of students who have worked in real estate and finance and then the rest of us, who are pretty much akin to blank stares, I mean slates. While the first few weeks of the course may be overwhelming—Marchant has a tendency to surprise students with a slew of rapid-fire questions “What is the IRR? What happens when vacancy rates increase by 2%? What does 40B say?”—there will be a eureka moment when things fall into place and you realize, “Geez! This is amazing!”. And that’s when the fun starts. I definitely recommend this course for anyone who has an inkling that they are interested in real estate and wants to understand what the heck people mean when they say NPV!

In the Spring, you can follow up on your newly developed real estate skills by taking Marchant’s Affordable and Mixed-Income Housing course, which is offered at the Harvard Graduate School of Design (GSD). In addition to learning a heck of a lot about subsidies and financing for affordable housing development in the US, students also have the opportunity to participate in an affordable housing development competition. In our small office in Boston, four of us participated in this competition over the last four years—and three placed a prestigious second in the competition. One claims that she was fourth place (note: they only give awards for the top three places). The competition is great. You form a student team comprised of architects, planners, MBAs, and the occasional policy folk, are paired with an actual Community Development Corporation, and are given the task of creating a development proposal for a specific site in the Greater Boston metropolitan area. The proposals must be architecturally and economically feasible and desirable. For most of us students, it was the first time that we were working on “real” projects and the opportunity to deal with real world constraints rather than theoretical ones was appealing.

END_OF_DOCUMENT_TOKEN_TO_BE_REPLACED

(Re-posted from The Guardian, one of the UK’s top national newspapers and the world’s third most-read newspaper website)

Imagine a world where a £100,000 deposit for a small flat is cheap; where having 60% of the value of your next home means you haven’t saved enough and you’re running short of time because your tenancy (yes, that the huge deposit was only key money) will be over in two years. Welcome to jeonse and the Korean housing market.

And it is a strange market to British eyes. Homeownership is not popular. Unlike booming Hong Kong or Singapore, home prices fell about 8% last year. Rather than buy a depreciating asset, the middle classes look to rent. The only problem is that the sums no longer add up for the majority of landlords either….

Read the rest of the article on The Guardian’s website or in PDF version. 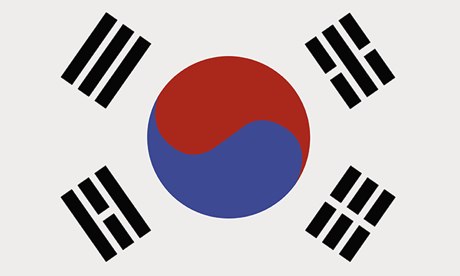 “There are so many new rich people and there is no place for them to spend their money” said Rob, a French- American investor I met on the flight from Moscow to Ulaanbaatar (UB). He told me he was building a new club and Irish pub – “the biggest in UB” he promised. I gave a dry smile.  The thought of yet another Irish pub is hard for me to get excited about because they all look the same to me.

Hours later I discovered the city is already full of Irish pubs, crammed in amongst the office towers under a skyline cluttered with cranes. Up in the surrounding hills, beyond the cranes and city lights, the slums are populated by gers (traditional Mongolian tents) exhaling thick coal smoke. The khashaas (individual fenced plots) highlight the organic pattern of the informal urban fabric. 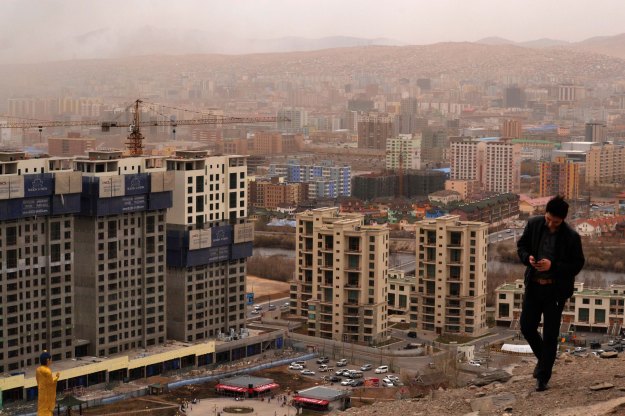 Overview of Ulaanbaatar and its slums far in the back

More than 50% of Ulaanbaatar’s population lives in ger-areas and around 47% of ger residents live in poverty. Ger-areas have limited infrastructure and services such as heating, water and sanitation. Residents use coal-fired stoves to survive extremely harsh winters with temperatures below -40°C. Domestic coal fires are the main cause for air pollution in Ulaanbaatar where individual households cannot afford to connect to the city’s power grid. Improving access to services would help to upgrade these areas and improve the quality of life. 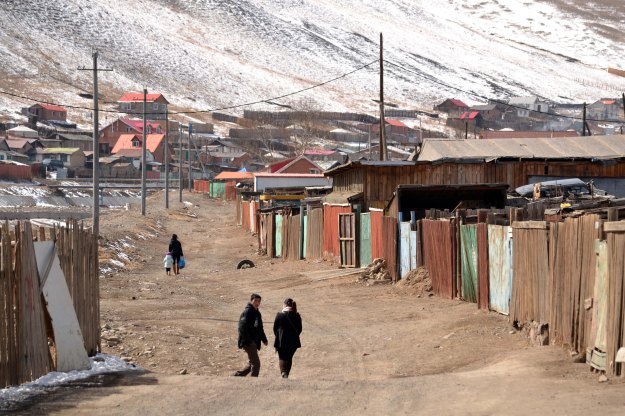 Ger-areas in the district of Selbe

A major cause of the growth of slums in Ulaanbaatar is immigration to the city related to dzud – a concurrent natural disaster characterized by summer drought followed by particularly harsh winter with extremely low temperatures and heavy snow. The 2010 dzud affected an estimated 769,106 people (28% of total population) and has resulted in 8.4 million livestock deaths. Many were forced to move to the capital. Other causative factors for the increase of slums include high poverty levels in rural areas, the inexperience of local institutions in dealing with urban issues, natural population growth and the Free Mobility Law. This law, approved by the Supreme Court in 2003, grants every Mongolian the right to freely own a plot of land in the capital.

View of one family Khashaa

The challenge in Ulaanbaatar is therefore a matter of land management and affordability of services and adequate housing. The extreme temperatures  and the spread  of slums make services difficult and expensive to implement. To address these issues, the most viable strategy is to densify ger-areas. Residents can not afford individual connections to services and grouping residents together could reduce the cost for such services.

The question lies in how to implement such efforts, in particular how slum dwellers will participate in the development strategies of the city.  Another important challenge is how to create a financial flux that integrates private sector, residents and government. It is important to remark there is not small effort towards slum upgrading of ger-areas, any small improvement can create a flow-on effect on service provision to the surrounding slums that continue growing. Thus, opportunities for both residents and private sector, and the city’s development future lie in the provision of adequate housing and the improvement of ger-areas.

Despite construction industry is booming, building season is just five months in a year due to the harsh winter

Perhaps, the creation of an entity to act as fair broker between private, residents and government can contribute to fill this gap. Under the support of a new created public-private entity residents could create community builders associations, or similar schemes of housing co-ops as an alternative for affordable housing construction. Residents can start a guided and progressive land pooling process, making land available for public facilities at the time they can have optimums living conditions. This process can allow to lease part of the land to the private sector and obtain in return the finance for the construction of housing buildings and improved urban spaces.

Moreover, the creation of such entity can address potential future concerns such as how to work out compensation systems, how to prevent land speculation and rise in land prices after the first residents gain access to services and, more importantly, how to guarantee that residents who take part in eventual slum upgrading strategies will get fair benefits for pooling or trading their land. Additionally, this entity can stimulate private sector investments in areas that have higher profitable potential such as the land along the primary roads.

Formation of slums in the peri-urban areas of the city

As the opportunities rise in Ulaanbaatar, the private sector is ready to push forward with urban development, the national economy is booming due to rich mining resources, and the Mayor, Bat-Uul, has outlined a vision of creating urban corridors on the model of Los Angeles’ Wilshire Boulevard in the middle of the slums. Empowered residents stand to gain through improved housing and lives will be saved from the harsh Mongolian winter while contributing to the city’s economy. Perhaps Rob, my co-passenger from the flight in, would stand to benefit also by making a wiser choice and investing in the community.