Panelists at The Atlantic’s CityLab 2014 conference, held this past September, proposed the idea of home rule – or even more radically, city secession – as a potential solution for increasing affordable housing in cities.

During the event, Vishaan Chakrabarti of SHoP Architects and Ben Hecht of Living Cities argued that state and national governance often restricts the ability of cities to produce more affordable housing. The solution, they claim, is to emancipate these cities and allow them to subsidize as they please:

The thought that cities would be more effective if left to their own devices is not new. In a time where urbanization is widening the physical and sociopolitical discrepancy between the city and its surroundings, and where cities are increasingly outpacing the GDP of entire countries, it makes some sense.

But good governance is tricky and inevitably context-specific. Home rule could be exactly what that blue bastion in a sea of red needs to build more affordable housing. Unconstrained by state and national regulations, a city could more easily raise and borrow money from their tax base and capital markets. It could vote to direct more money to affordable housing needs.

In other instances, however, the state’s ability to override local priorities and decisions is important and beneficial for affordable housing, as in the case of Massachusetts’ Chapter 40B, a statute that allows an affordable housing developer to obtain state zoning overrides for building in municipalities that fail to meet their 10% affordable housing requirement.

Further, in choosing Singapore and Hong Kong as their poster-children, the panelists seem to imply that the production of mass public housing indicates success: in Singapore, 82% of citizens live in flats built by the government (via the Housing Development Board, or HDB), and in Hong Kong, this figure is slightly less than half.

But all is not well, especially in Hong Kong, which still suffers from a high shortage of public housing and recently won its fourth successive crown for having the most unaffordable housing in the world. Supply may be high, but demand is even higher. Those who are able to qualify for a government flat typically wait three years or more. In the meantime, many residents have no choice but to live in grossly overcrowded units, which have been referred to as cages, that average around 40 square feet. Such housing may technically qualify as “affordable,” but it is certainly not suitable. 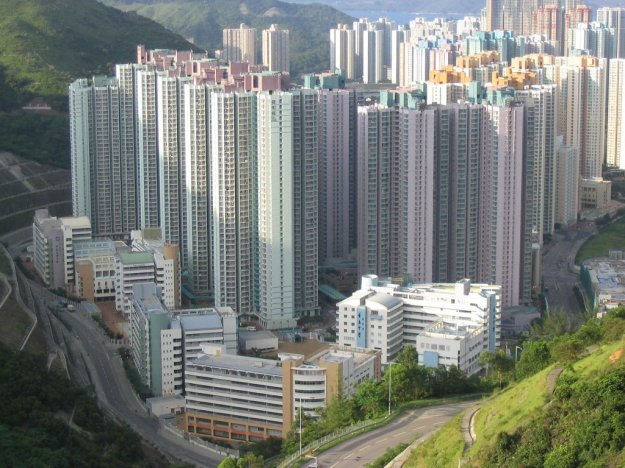 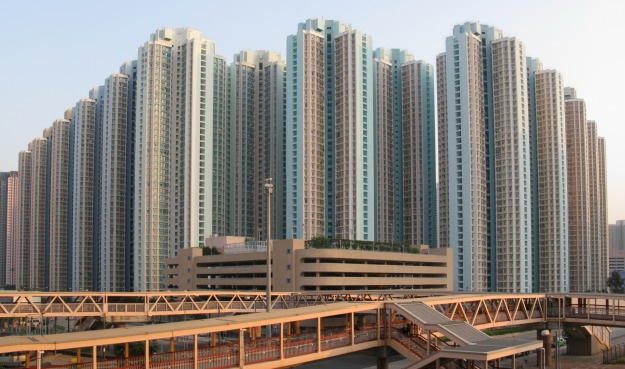 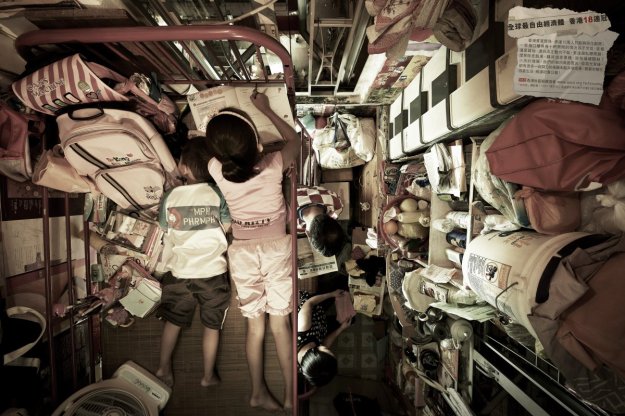 Singapore, on the other hand, fares much better than Hong Kong in providing quality affordable housing, but the pre-conditions for its success are fairly unique. For one, Singaporean citizens are receptive to certain features which have been important for widespread success of public housing in the country but likely would not go over well in any major U.S. city. These include:

Flats provided by the Housing Development Board (HDB). 90% of residents own their HDB flat.

In addition to these features, the Housing Development Board is a capable and efficient developer, and the entire housing ecosystem functions fairly well. Thus, replicating Singapore’s results is about much more than just home rule – it’s about good government and cultural context, too.

And getting back to that idea of corralling subsidies towards mass public housing efforts – there’s a question of whether that’s a wise policy decision in the first place. Should the government be a direct provider, or should it be an enabler? And as an enabler, how much is too much before it actually disables?

While Singapore’s tactics have allowed the island nation to house the bulk of its citizens, it has also crowded out private sector developers in the process, restricting their activity to mostly upper-income properties. In addition, as the HDB is very much an economies-of-scale enterprise, innovation and diversification in housing is scarce, despite the government’s best intentions.

Ultimately, striving to get the resources and decision-making power into the hands of those closest to the need is a good principle. However, the allocation of such must be tailored to the local environment and paired with careful, sustainable policy and capacity building. Getting more money allocated for affordable housing is always a plus, but figuring out how to use that money effectively is critical.

Secession may be a sexy topic right now, but it’s far from a real solution.